Nice…Saber.  Below pictures from a Korean magazine called “Singles”.

Ko Ara (”Ara) picks up fencing for the latest photoshoot in the December 2008 issue of the Korean magazine, “The Singles.” And in this watered down concept that includes fairy tales such as, “princess and the pea” and “Hansel and Gretel,” the photos are  just to show that  Ara is all grown up.
READ MORE: http://popseoul.com/2008/11/20/ko-ara-is-a-sexy-fencer-for-singles/ 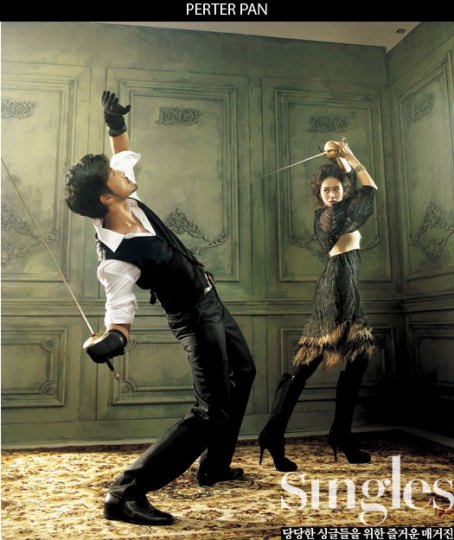